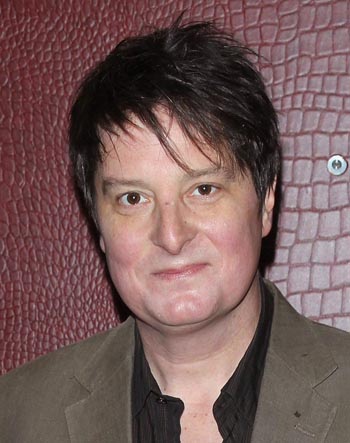 Actor Christopher Evan Welch died in a Los Angeles hospital Monday morning, his agency Paradigm confirmed. Welch acted in many plays, films, and TV shows, including his voiceover role of Miles "Tails" Prower in the TV series The Adventures of Sonic the Hedgehog. He was 48 years old.

The TV show ran from 1993 to 1996 with a plot loosely based on the videogame series. Tails acts as Sonic's best friend and sidekick to the cheeky hedgehog. The show was silly and meant to be lighthearted as the antagonist Dr. Robotnik, later named Eggman in the series, was portrayed as a bumbling, incompetent fool.

Welch had been in Los Angeles for his role in the HBO series Silicon Valley. His cause of death has not been confirmed.

His role as Tails was his first TV credit. He went on to act small roles in The Sopranos, The Practice, Law & Order: Criminal Intent, Law & Order: SVU, and The Good Wife. In 2010 he starred in spy drama Rubicon as Grant Test. His film credits include War of the Worlds, Lincoln, The Master, and Vicky Cristina Barcelona. Off screen, Welch acted in plays on and off Broadway. His first Broadway role was in the 1997 play London Assurance.

As someone who grew up with The Adventures of Sonic the Hedgehog, I will remember his role as the young and bright Miles "Tails" Prower fondly.

Jim & Yahtzee's Rhymedown Spectacular: Because I Could Not Stop For Loading Times Jim And Yahtzee 71 Comments
Comments on