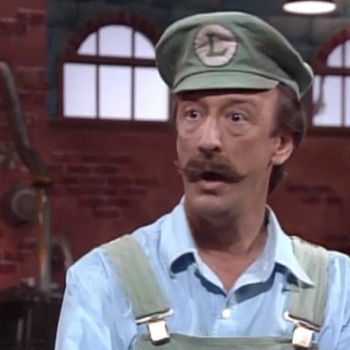 Actor Danny Wells, who was immortalized as Luigi on The Super Mario Bros. Super Show!, passed away last week.

Nintendo's Year of Luigi has taken a depressing turn. Danny Wells, the actor who portrayed Luigi on The Super Mario Bros. Super Show!, passed away last week in his Ontario home.

Wells' career spanned more than four decades and included programs like The Jeffersons, Starsky & Hutch, Sanford and Son, and The A-Team. Plus, as a voice actor, he appeared in a seemingly endless list of cartoons and videogames. However, for most gamers, he'll always be the face of Luigi.

In a recent interview with Slam, Wells reminisced about the sudden popularity of The Super Mario Bros. Super Show!:

"We went on the air, three o'clock in the afternoon, with no publicity or P.R. at all. There was no pre-build-up to this show, nothing," he said. "They just threw us out there. In three weeks, we became number one. We beat Disney, we beat everybody, without any publicity, without any help from anybody, this show went to the number one daytime cartoon show. They put us up against Mickey Mouse, it didn't matter, we beat them. It was amazing."

Despite the show's popularity, Nintendo pulled the plug after just one year. However, The Super Mario Bros. Super Show! has become one of the most iconic programs of the 1980s.

Wells was 72 when he died. He will be missed.