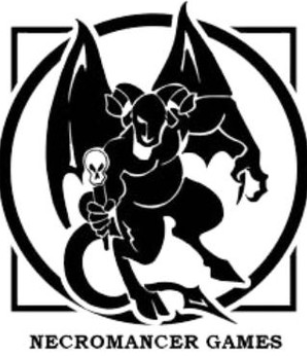 The Honorable Clark A. Peterson, aka Orcus, Lord of the Undead, is catching flak for his RPG habits.

Civil litigants in Idaho complain that the Judge assigned to hear their cases, the Honorable Clark A. Peterson - aka the founder of Necromancer Games, the founder of Legendary Games and a long-time RPG fan - has allowed his "immature" hobby to distract him from his judicial duties. Peterson spent time, during work hours, posting on blogs and social networks about his hobby. This, the litigants claim, extended their cases by months, costing them thousands in fees.

"Here I'm sitting at $250 an hour with my attorney, and Peterson is costing me money by the minute because he's showing up late," claims Tina Stevens, who argues that Peterson's behaviour stretched her divorce hearing. "I just remember thinking, wow, why are we waiting so long to see the judge? And why should he be blogging from his office?"

Stevens claims her case ended up costing her $65,000, and thanks to her expenses she now lives in an RV with her new husband. She also lost custody of her children and her house.

Another litigant, Michael Tyner, has made Peterson's hobby part of the basis of his appeal, in his probate challenge case. Tyner alleges that the trial took far too long to complete.

When Peterson ruled in favor of Tyner's sister, Tyner claimed that "had this judge been doing his job instead of playing games, his mind somewhere else, he would probably have done the right thing."

Peterson denied Tyler's request for a new trial, stating that any delay in judgement was primarily due to the actions of Tyner's lawyer, which included improper correspondence with Peterson.

Peterson certainly has a lot on his mind at the moment, over and beyond anything to do with his hobby. He's recently been through a divorce, filed for bankruptcy, has had significant overdue income tax issues, and fought a custody battle. However his hobby is apparently the only thing the disappointed litigants can talk about.

While Peterson has posted on gaming boards, and boosted his company's products, in work hours on official machines, Peterson says every post is made during break time. Under departmental policy Peterson, like all Judicial branch employees, is entitled to use state-owned machines and email for personal use on personal time.

Peterson has since promised to scale back his online activities during work hours, and change his Orcus, Lord of the Undead avatar. Not because he has to, he points out, but because it would be politic to do so. "It seems a slight modification to my current practices could substantially address many of the concerns and it would be little more than stubbornness on my part not to make such changes."