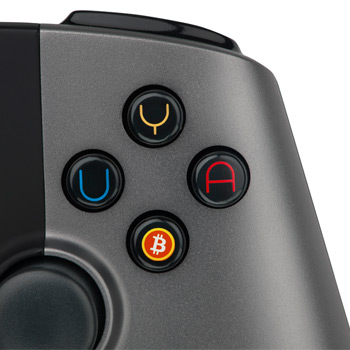 Gamers are now able to purchase an Ouya with everyone's favorite anonymous cryptocurrency.

If a wallet full of Bitcoin is burning a hole in your pocket, the folks at Ouya are here to help. Today, the company announced that the Ouya website can process payments using the digital currency.

The news comes from a tweet made by the Ouya team on the company's official Twitter account. The message, which simply read "We accept Bitcoin. REJOICE!", immediately sparked a debate about the benefits of Bitcoin mining on the Ouya Forums.

For the uninitiated, Bitcoin is an electronic currency that allows for secure and anonymous payment between users. As the acceptance of Bitcoin has grown over the last few years, the exchange rate has skyrocketed. Currently, one Bitcoin is worth over $1000.

The vast majority of big-name retailers do not currently accept Bitcoin, but the tide is beginning to shift. Several Subway franchises have setup a Bitcoin payment system, and a slew of small businesses have started accepting the currency. Plus, Richard Branson's Virgin Galactic recently announced that it would accept Bitcoin payments for commercial spaceflights. So, if the Ouya isn't appealing, you can always fly to outer space.

At the moment, the Ouya store will only allow customers to buy hardware, which means that games and other applications will need to be purchased using a more traditional payment method. But if this investment becomes successful for the Ouya team, perhaps we'll get a few more options in the Bitcoin marketplace.