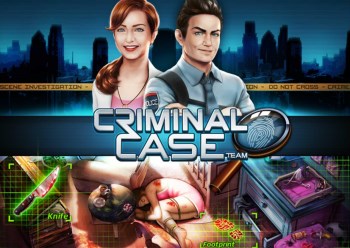 Facebook's Games of the Year list for 2013 features 23 titles taken from a surprisingly diverse range of genres.

With the end of 2013 nearly upon us, the time for various "of the Year" lists has arrived, and what better way to upend the cornucopia of other people's opinions than with the very best that Facebook has to offer? A total of 23 games made the lists this year (and there are three), including seven mid or hardcore games, five arcade games and five casino/slot games. Hey, it is Facebook, after all.

I admit that I know nothing about any of these games, but Vikings Gone Wild, in which you "build armies of Vikings to pillage one another's homesteads for spoils of gold and beer," sounds promising.

Next up: Staff Favorites!

Again, not familiar with any of them, but "Panda Jam" is fun to say. Next, the titles that have entered into Videogaming Immortality:

Okay, Candy Crush Saga? I had that monkey on my back for awhile, but I was eventually able to kick it and I didn't even get the DTs! I consider that a victory. And now, finally, the moment you've all been waiting for:

Criminal Case, a hidden object adventure by French indie studio Pretty Simple, "combines crime scene investigation with engaging sharing mechanics to create the most successful Facebook game of the year." Roughly ten million people play the game, which has maintained relevance over the course of the year with content updates and additional cases.

So there you have it. It's easy to poke fun at Facebook games but its offerings have grown increasingly sophisticated over the years, and while some of this stuff isn't likely to have much appeal to core gamers, there might be something in this list (or elsewhere) that turns out to be not so bad after all.