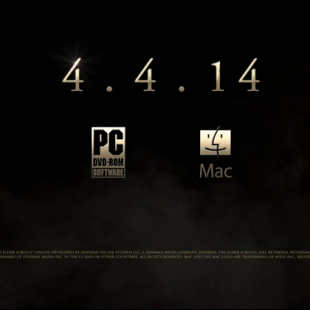 Zenimax Online has announced an April 2014 release date for The Elder Scrolls Online.

Since the game was first announced back in 2012, there has been tangible anticipation for The Elder Scrolls Online. It's not hard to see why. Setting aside the fact that The Elder Scrolls series as a whole enjoys a fairly dedicated fan base, the franchise's most recent entry, Skyrim, was arguably one of the definitive games of the last console generation.

All of this said, those fans eagerly awaiting the arrival of the series' first online entry will be pleased to find out that its developers at Zenimax Online have finally revealed when the game will hit stores. The Elder Scrolls Online on PC and Mac will release on April 4th, 2014. The console versions will, in turn, be released a few months later in June.

Alongside this news, the studio has also unveiled a new trailer showing off the game's implementation of larger scale battles. The "War in Cyrodiil" trailer features armies, siege weaponry and, of course, a booming soundtrack and choir to help put across just how epic it all is. Not that it isn't, or anything. So take the next few months to finish up any vital business, because come April we're expecting we'll all be embroiled in the conflict to claim the Ruby Throne.