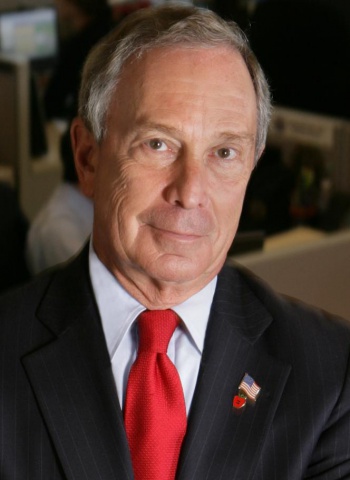 A couple of years back, the United Nations described the internet as a fundamental human right, encouraging countries to support as much unrestricted access as possible. To many it's a laughable concept, partly because electronics are still considered consumer privileges, and partly because stable internet connections sound like a pipe dream. Still, the demand for publicly available internet isn't going anywhere, and since it does help humanity solve insurmountable problems, it should become increasingly common. New York City moved towards this future when Mayor Michael Bloomberg announced the construction of America's largest public WiFi network, covering a span of 95 city blocks.

The network itself is based in Harlem, stretching from 110th to 138th Streets in-between Frederick Douglass Boulevard and Madison Avenue. Once active, the network will serve 80,000 Harlem residents, 13,000 of whom are in public housing, plus tourists and local businesses in the area. WiFi access for the next five yeas is already funded by donations from the Furhman Family Foundation.

"Our new Harlem wireless network brings critical connectivity to residents and visitors," said Bloomberg, "giving them 24/7 access to everything from education materials for kids, to information about Harlem's rich history and attractions, to everyday needs like paying bills, checking library hours - or even just keeping tabs on the Knicks and Nets. In 2013 being successful requires being connected; thanks to the Fuhrman Family Foundation and the Mayor's Fund, we are wiring nearly 100 blocks in Harlem and giving 80,000 New Yorkers another tool for success."

The WiFi network will be rolled out in three phases, the first of which is currently underway. Internet access should be available for 110th to 120th Streets by the end of the year, while the remaining phases are scheduled for February and May respectively.

Inside Job: How Much Work and How Much Play? Erin Hoffman 6 Comments

Editor's Note: The Way of the Future Greg Tito 6 Comments