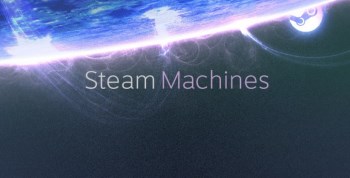 The 300 lucky beta participants will get their hands on Valve's new baby later this month.

On Dec. 13, beta testers will be able to see for themselves if Valve's foray into living room computers has been worth the wait. On that day, 300 participants will each be getting their copy of a Valve Steam Machine, loaded with the SteamOS, and a Steam controller, according to a post from Valve on the Steam message board. Commercial versions of the Steam Machine are set to go on sale in 2014, with more information to be announced at CES on Jan. 6. The Linux-based SteamOS will be made available when the prototypes ship, though Valve recommends all but "intrepid Linux hackers" hold off on playing with it until later in 2014. They didn't go into details on why, other than that more information will be posted soon. SteamOS will be available for download by individuals or commercial original equipment manufacturers.

Steam Machine beta participants were notified of their equipment's arrival earlier today. Each tester will also receive a special Steam community badge and a selection of free games that run natively on SteamOS. The beta is limited to the U.S. due to "regulatory hurdles." The loss of feedback from Steam customers worldwide was "unfortunate" and not the original plan, Valve said, but the alternative was to delay the beta beyond the point where data could be incorporated for the 2014 launch.