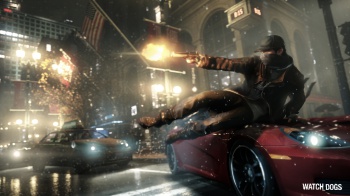 Sony's pretty confident it will sell 5 million consoles by next March.

Sony's goal of the moment, says Andrew House, is to back up its spectacular initial PS4 sales with additional supply, something he admits will be difficult for the rest of the calendar year. "Hopefully we'll be able to satisfy that pent-up demand as we get out to January and February," he says, and Sony will do everything it can to make sure more consoles hit retail shelves for Christmas. It's still pretty confident it will make its 5 million sales target by next March, and at the moment it has every reason to be.

Cloud gaming is on its way, House promises, in 2014. "We're taking a very gradual, step-by-step approach," he says, "because, first and foremost, we want to ensure that it's a good experience for consumers." Eventually this is how Sony intends to achieve a form of backwards compatibility, bringing PS3 experiences to its new console.

He attributes the PS4's success to its central message: it's a gaming console first and foremost, not a jack-of-all-trades device that tries to do everything at once, with gaming as some kind of sideline.

"People are recognising that it's a best-in-class games platform," he says, even though he admits the console hasn't got the best launch title line-up. DriveClub and Watch Dogs, both delayed, are titles House hopes gamers will look out for.