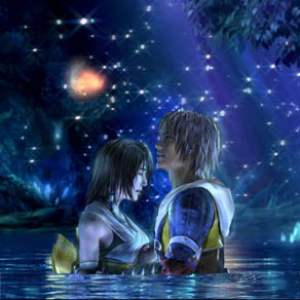 The HD remasters of Final Fantasy X/X-2 will launch simultaneously on Vita and PS3.

Back in November, Square Enix did its fans the solid of finally confirming a release date for the PS3 edition of HD Final Fantasy X and X-2 HD remasters. Sadly, however, for fans hoping to play promised Vita versions of the games, the company neglected to make a similar announcement for the portable editions. Thankfully, that's no longer the case.

Square Enix has just recently revealed that the Vita game will launch simultaneously alongside the PS3 edition. In other words, if you already had plans to grab yourself a copy for PS3 on March 18th (March 21st in Europe), you can also, or alternatively, buy the Vita version too. Happily, whereas it had, in the past, been thought that Square Enix was going to try and sell the portable games separately, it has also now confirmed that Final Fantasy X HD on Vita will come packaged with a download code for Final Fantasy X-2.

That is, of course, great news, especially if you understandably didn't fancy forking over extra cash for both versions. There are, after all, limits to how much money people are willing to spend to watch a strangely dressed volleyball player laugh awkwardly (I kid, I kid). Any who, if you're planning on picking one of these up, let us know which one strikes your fancy. Will you be revving up your PS3 for a little more RPG action or dusting off your Vita for a bit of Final Fantasy on the go?