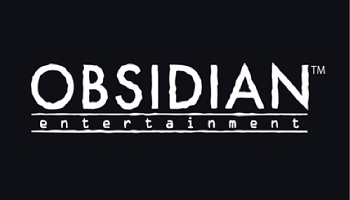 Obsidian wants to crowdfund a new game next year, and it isn't Alpha Protocol.

Obsidian was the benefactor of some fairly substantial Kickstater success last year with its multi-million dollar Project Eternity, recently renamed Pillars of Eternity. Apparently not content to just work on finishing Eternity however, the developer already has its sights set on launching a new project and a new crowdfunding campaign in 2014.

"What's cool about Eternity... is having something else we can then use that tech for," said Obsidian CEO Feargus Urquhart. "I always look at the example of what we did back at Black Isle with Baldur's Gate and Icewind Dale. And then Torment on top of that. Those games used the exact same engine, but they all felt very distinct. That's what we want to do now too." In turn, Obsidian is exploring ideas including an "open world" style game using the Eternity engine, among others. That said, as of the moment, Urquhart admits that Obsidian doesn't know exactly what it wants to do next.

It does know, however, that it wants to do something. "The hope is to come up with another Kickstarter that people would be interested in," explained Urquhart. "My hope is that by March or April of next year, we'll have something we can kind of start talking to people about." While Urquhart can assure gamers that some properties are off the table -"it's not Alpha Protocol"- the studio is settling in on some ideas, including both licensed and original properties. With 2014 just around the corner, we hopefully won't have to wait too long to find out what it is.

Gallery of the Day: 8 Buggy Games that We Still Loved ffronw 23 Comments