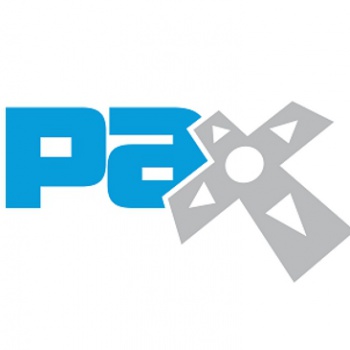 PAX's "Roll for Diversity" will provide inclusive "diversity hubs" for minority groups including women, people of color, the disabled, LGBTQ communities, and people with mental illness.

There is no cookie cutter for people who play games; great differences exist from one person to the next. There are many groups within the gaming community that are silenced by the majority. Beginning next year PAX will incorporate "Diversity Hubs and Lounges" at PAX locations in Seattle, Boston, and Melbourne in a "Roll For Diversity" campaign. The hubs will be a safe space for minorities and be a resource for people, both industry professionals and fans, to learn about diversity, leaked documents provided to Indie Statik report. The PAX organizers confirmed the images detailing the plans to Kotaku.

"PAX has always strived to be a safe and welcoming environment for all gamers," one document states. "Since its inception they have had a strict anti-booth babe policy, an extensive anti-harassment policy, and have been inclusive of panel content that covers a wide variety of topics including issues surrounding diversity in gaming."

Attendees will be able to obtain a resource guide with panel tracks that focus on diverse communities such as women, people of color, the disabled, LGBTQ communities, and people with mental illness. Tables in the hubs will have information about providing diversity in the games industry. Companies will be able to use table space to talk about their efforts to promote diversity. Enforcers will be present in this safe zone to answer questions and report any instances of harassment.

"Roll For Diversity" is step in the right direction to include minorities and encourage diverse representation; however, to be truly inclusive PAX should not designate these lounges as a separate space within each convention. They should be an inherent part of the convention - for everyone to feel safe everywhere at PAX. "Roll For Diversity" isn't bad. PAX organizers recognize that minority groups can get drowned out in the industry.

"Our goal was to highlight diverse groups (and organizations that represent diverse groups) in the industry that might not necessarily get exposure otherwise," Robert Khoo of Penny Arcade told Kotaku. "We have a limited number of slots, and the booths are free. In addition, since all of our content is spread out at the show rather than 'tracked,' the hub will also be a resource for people to find the diverse sessions, events, and exhibitions."

PAX's diversity hubs could lead to more companies and convention organizers to be aware that people who play games are more than just the majority, and these people deserve to have their voices heard.