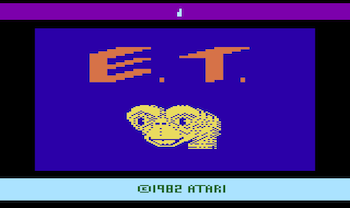 Xbox Entertainment teams with up award-winning producers to make non-fiction movies about, what else, video games.

Xbox Entertainment Studios, the division bringing original TV-style content to Xbox One and Xbox 360, has announced plans to produce a documentary series with award-winning producers (and cousins) Simon and Jonathan Chinn. Simon and Jonathan's production company Lightbox will oversee the series, with different directors taking the helm for each film.

The first entry in the series, directed by serial comic-movie writer/director Zak Penn, will focus on the legendary Atari landfill. For those of you unfamiliar with the story, here's the short version: The E.T. Atari 2600 game, widely renown as one of the worst games ever made, sold so poorly that Atari discretely dumped "millions" of copies into a New Mexico landfill one fateful night in 1983.

Another media company, Fuel Industries, was awarded permission by the city of Alamogordo, NM to dig up the dump site earlier this year. The documentary will feature footage of that excavation. According to Xbox Wire, the film will also seek to "place the urban legend of the burial in the context of the precipitous rise and fall of Atari itself."

Xbox Entertainment, has already announced two other series: A live-action Halo series produced by Steven Spielberg and Every Street United, a reality show about playing street soccer in different places around the world.

According to Microsoft entertainment and media president Nancy Tellem, the first episodes of some Xbox Entertainment series will premiere in the first half 2014. Shooting for the documentary begins in January, so this probably won't be among them.