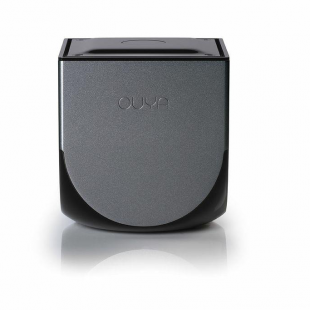 A new coupon code slashes the Ouya's price nearly in half.

One of the biggest draws of the Ouya is its price tag. Whereas a shiny new Wii U, PS4 or Xbox One will set you back anywhere from $300-$500, an Ouya costs an easier to stomach $100. Granted, the value of the Ouya is also arguably dependent on your ability to tolerate and look past some of its problems. That being the case, even if you've passed on an Ouya before, a new promotion may be enough to finally open your wallet to little indie console that could.

In celebration of the release of Killing Floor: Calamity, an Ouya exclusive top-down shooter, the console's makers have released a promo code that cuts its price down from $99.99 to $59.99, nearly half the original sticker price. To get this discount, you need to enter the code "calamity" while checking out in the shopping section of the Ouya website. If you're using PayPal for the order, you'll need to log into your account and reach the order confirmation screen before you'll be given the option to enter the code.

What we're curious about, of course, is if this will be enough to convince our readers to buy an Ouya. While the console was the benefactor of an incredibly successful crowdfunding campaign, since its release its post-release performance has been marred by hardware issues and a mediocre response from critics. That said, a $40 discount on a $100 product is still a darned good deal and we'd be lying if we were to say we weren't tempted. Then again, with its makers already readying the Ouya 2.0, perhaps waiting would still be the prudent move.