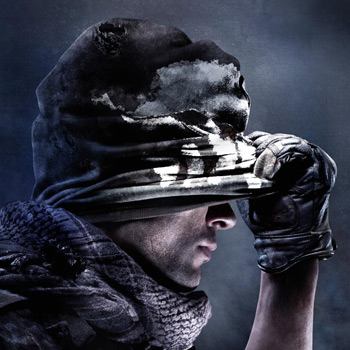 Activision is rolling out a new patch for Call of Duty: Ghosts, which includes a swanky new gameplay mode.

Today, Activision announced that it would be releasing an update for Call of Duty: Ghosts. The new patch addresses a handful of fixes, but, most importantly, it includes a brand new gameplay mode.

Heavy Duty mode isn't based on a complicated concept; it basically just increases player health. This will encourage long-winded gunfights, and force players to change their loadouts to account for increased ammo usage. Infinity Ward, the developer behind Call of Duty: Ghosts, is asking players to provide feedback about the new mode once everyone has had a chance to check it out.

The patch also addresses several balance issues, which are primarily sniper-related, and removes a few exploits. If you're interested, feel free to check out the patch notes over on the Call of Duty forums.

Unfortunately for Activision, Call of Duty: Ghosts hasn't been quite as successful as previous CoD titles. Obviously, part of the downturn can be blamed on the new console generation, but that's not the only problem.

"Upon further reflection, we think the [Call of Duty] numbers are a bit more troubling than they first appeared," says industry analyst Doug Creutz. "While the year-over-year gap is only 19 percent thus far, that includes two extra weeks of sales for the 360 and PS3 versions [of Black Ops II]. Against 2011′s [Modern Warfare 3], where the difference is only one week, the title is down 32 percent life-to-date."

It's possible that gamers have finally grown tired of the Call of Duty formula. Either way, it would be nice to see Activision take a few risks with the franchise.