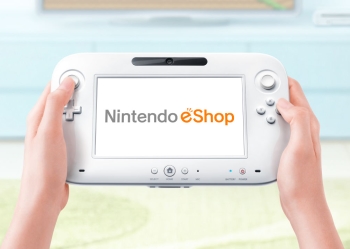 Nintendo apologized on Facebook for the service outages on the Nintendo Network and eShop, pointing to many new accounts as the cause.

The power of holiday demand has taken a heavy toll on the Nintendo Network and eShop. Players have been reporting issues since Christmas, ranging from an inability to download content from the eShop to not being able to set up Nintendo Network IDs. Nintendo first delayed the release of the Pokémon Bank to stem the flood of users, but the strain remained. Nintendo then took the eShop and Network offline for twelve hours of emergency maintenance ending at 4 am EST this morning. The Nintendo Network and eShop are now back up and available. Nintendo took to Facebook to explain its holiday troubles:

Thank you very much for your patience while we perform maintenance on the Nintendo eShop and Nintendo Network. We sincerely appreciate your ongoing support. We wanted to share some details on what is causing this downtime, and update you on the current outage in service.

The initial outage was primarily caused by a one-time surge in demand over the recent holidays, compounded by the following:

We are continuing to adjust our network to meet the needs of all our services and applications. To ensure our global audience has an expected level of consistency in service, we took the Nintendo eShop on Nintendo 3DS offline. We expect to have it back online no later than 4 a.m. ET on Dec. 29, but may have to perform more maintenance in the future.

We truly apologize for the inconsistencies in our online services. We are working hard around the clock to fully restore these functions, and will continue to keep you updated on our progress.

Hopefully, Nintendo won't need to take the services down again, but they haven't ruled out further maintenance. Nintendo reports the online service status of all of its systems, which is useful if you're trying to diagnose whether the trouble is on Nintendo's end or on your own. Nintendo recently posted a job listing for an IT architect, presumably to help them avoid these same issues in the future.