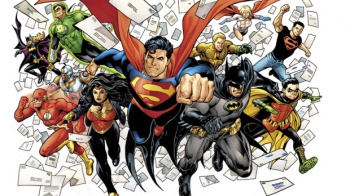 Canadian defense researchers asked 150 people if superheroes can fly, walk through walls, and hear sounds from several miles away.

Given the immense popularity of superhero movies, most of us are pretty familiar with superpowers and the characters who wield them. That said, many haven't quite grasped these concepts - I even know people who can't enjoy The Avengers because the Helicarrier pushed too many logical boundaries. Perhaps that's why Canadian National Defense researchers crafted a poll on superpowers, asking the public if heroes can fly, jump over skyscrapers, and see through walls. The questions sound trivial, but asking 150 participants cost taxpayers $13,750, all so scientists can gauge public understanding of religious and supernatural concepts.

"This work will not only allow cultural scientists to better understand the spread of non-natural and religious concepts," the study reads, "but also allow the Canadian Armed Forces ... to design messages that are more memorable for their target audiences." The study states that Canadian armed forces currently have "no modeling or analytic capability to understand how its actions will impact the psychological meaning space of individuals", and examining what the public expects from godlike heroes can fill that gap.

The study covered three separate experiments, each probing public expectations of "supernatural categories that are so prevalent in popular culture and religion." Participants were asked to rate their acceptance of various philosophical statements, such as "All mental beings can perceive the world through their sensors". According to the answers, the public is fairly comfortable with superpowers like flight, but invisibility and walking through walls are still hard for people to swallow.

The study's authors hope this information can help "win the hearts and minds" of local populations during overseas deployments. That's not entirely unreasonable; superheroes are internationally recognizable figures that can easily create common ground between cultures. Still, you'd think one wouldn't need $14,000 dollars to discover that Superman is better known than a secondary X-Men character.