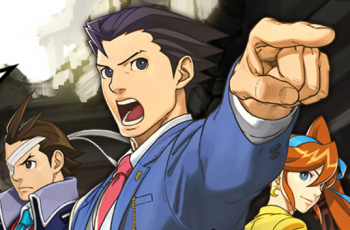 I have no objection to the titles Capcom is teasing for 2014.

Capcom, in an extensive interview with Japanese magazine 4gamer, teased several new games the publisher has in the works for 2014, including a new title in the long-running Ace Attorney series. Ace Attorney 1-3 and Professor Layton vs. Phoenix Wright Director Shu Takumi also said that his new title, featuring a brand-new IP, will be announced next year.

But it wasn't all Ace Attorney news. Dungeons & Dragons: Chronicles of Mystara Producer Kenji Kataoka mentioned that one of Capcom's most "classic" IPs will be getting a revival by the end of 2014. He said he would have more information for us "when it gets a bit warmer." Are we finally getting the true Ghosts 'n Goblins sequel we've been waiting for all these years?

Deep Down Producer and Director of the Second Development Department Kazunori Sugiura added that Capcom intends to reaffirm its presence in the fighting genre in 2014. Perhaps Street Fighter V will finally arrive, bringing an actual competent fighting game to next-gen. Or maybe this ties in with Kataoka's announcement, and the classic Capcom IP being revived is Darkstalkers?

Takeshi Yamazaki, who was the director for the most recently released Ace Attorney - Dual Destinies, said that his team is now working full force on the next title in the series.

Either way, it looks like there is a little something for everyone coming next year from Capcom.