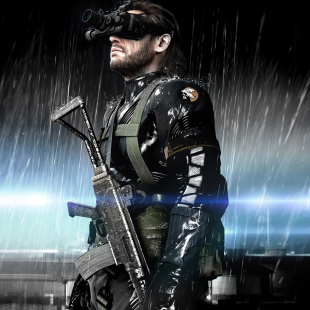 According to series creator Hideo Kojima, Metal Gear Solid V: The Phantom Pain will be "hundreds of times larger" than Ground Zeroes.

According to a recently translated Tweet by series honcho Hideo Kojima, Ground Zeroes will serve as "both a prologue to the MGSV story and, at the same time, a tutorial for a new MGS." In turn, fans can expect Ground Zeroes to have a "relatively small field as compared to the main game" which he described as being "hundreds of times larger." Ground Zeroes will apparently also lack "time zones changing in real-time" like The Phantom Pain, though each mission in the game will "[offer] different time zones with different playstyles."

While, at this point, we're going to assume he might be exaggerating a bit on The Phantom Pain being "hundreds of times" larger than Ground Zeroes, this claim does leave us questioning a few things. Namely, if Ground Zeroes is really a "tutorial" and so much smaller than the main game, why not just include it as a literal prologue in The Phantom Pain itself, rather than selling it as a separate entity? Mayhap it has something to do with wringing another $20-30 out of fans, but that's probably just us being cynical. Ground Zeroes is set to release on March 18th.