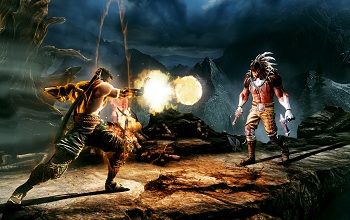 Jago is now pay-to-unlock as of the latest patch, which also adds classic skins for him and Orchid.

While the game itself is a free download, unlocking characters beyond the complimentary one comes at the cost of $5 per fighter, or $20 for all eight "season one" characters. Six of these characters have been released already, with one of them, Sadira, being a completely new addition to the franchise. Returning characters Spinal and Fulgore are planned to round out the roster later this year.