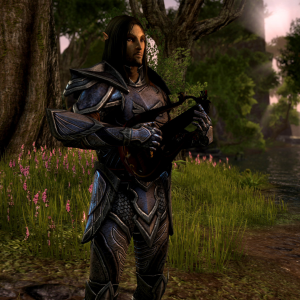 Earning the title of Emperor through PvP in The Elder Scrolls Online will earn players a unique skill line.

While The Elder Scrolls Online will, in many regards, provide an experience similar to that of its single player predecessors, it will also add a robust player-versus-player element that its developers at Zenimax Online hope will help distinguish it from the rest of the franchise. Key to its new multiplayer facet will be Alliance conflicts that will see players band together to fight for the embattled throne of Cyrodiil.

Coming out on top of the game's PvP battles will grant a few select players the title of "Emperor." Intended to be a rare honor reserved for only a single player at the end of each Alliance war, it's recently been revealed that it will come with some tangible perks including "a full skill line that [players] keep throughout the rest of their lives in The Elder Scrolls Online."

The path to the Emperor-hood won't be an easy one, however. Players hoping to reach the tip-top rank will need to be an active member in Alliance conflict, exempting players hoping to enjoy the game solo. Once an Alliance takes control of all the keeps around the Imperial City, the player in that group with the most points will be named Emperor. If a player should lose the title, the effectiveness of the unique skills will be diminished, though they'll still remain a unique and powerful fighter on the battlefield. Sadly, little else was revealed about the perks of being Emperor. That said, we reached out to Bethesda to see if we could find out more. Of course, if any new details arise you'll be the first to know.