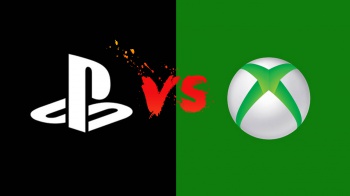 There should be little question at this point as to whether the PS4 and Xbox One are doing well. Microsoft just reported, for instance, that the Xbox One sold more than 3 million units in 2013. The PS4, likewise, managed to sell 1 million units on its first day and continued to disappear from store shelves throughout the holiday season. Despite the healthy sales of both machines however, industry analysts seem to be giving the PlayStation 4 a bit of an edge over its competitor.

Adding another voice to that rising chorus is Baird Equity Research's Colin Sebastian. Commenting on the race between the new consoles, he said that the PS4 seems to be doing better among dedicated gamers. "[The PS4] appears to have a slight momentum edge among core gamers, as demonstrated by premium prices paid on eBay and persistent out-of-stock reports from our retail checks" That being the case, he noted that the Xbox One is also selling in droves, especially "among mass market/big box retailers." He attributes the Xbox One's success to "its positioning as a living room entertainment hub."

Sebastian's statements also noted that the PS4's position is markedly better than he had predicted last year when he posited that the Xbox One could potentially leverage Microsoft's superior supply chain to outship the PS4 as heavily as 3-to-1. Of course, we'll have to wait for Sony to release official sales figures to find out exactly how well the PS4 has been doing, but current opinions seem to be siding more and more with Sony's new console.