The indie studio will reform and work on smaller projects. 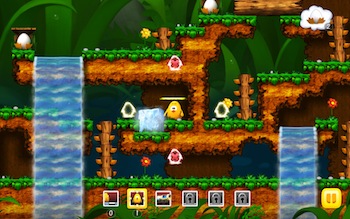 Remember Toki Tori, that quirky puzzle/platformer developed by Two Tribes a few years ago? You likely acquired it either in a Steam Sale, or in a Humble Bundle. While that game was a hit, the follow up title, Toki Tori 2, didn't have anywhere near the same impact. Between that and the prolonged development time, the entire studio's closing down. Don't worry, with a bit of legal reshuffling, it'll be back, albeit in a smaller capacity.

"Turns out we aren't as good at selling games as we thought," a painfully honest post on the devs website says. "It's time for a radical change!" In effect, the company is rebooting itself. The development side of the company is shutting down, while the parent company, Two Tribes Publishing, will keep all the rights and properties intact. Once all the dust settles, a new daughter company will get back to making games under the Two Tribes name, but on a smaller scale. It's already announced that its first game will be a 2D side-scrolling shooter using the Toki Tori 2 engine.

Two Tribes has been around since 2001, mostly doing contract work on other people's games. In 2009, it made the transition into doing its own projects. Aside from Toki Tori, they also did other puzzle games, like Rush and Edge. Turns out, those guys just really like puzzles.

While the two founders, Martijn Reuvers and Collin van Ginkel, will remain, everyone else was let go. Closings are never cool, but it always sucks to hear about it happening to the little guy. Here's hoping that all the previous employees land on their feet, and good luck to the future of Two Tribes!