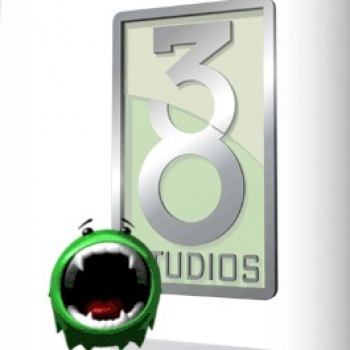 Rhode Island has proposed a new law which it hopes will encourage settlements in the 38 Studios bankruptcy lawsuit.

In its ongoing effort to clean up the 38 Studios mess, Rhode Island has proposed new legislation that it hopes will encourage defendants in the lawsuit filed over the studio's bankruptcy to enter into a settlement. The new law would apply exclusively to "The Rhode Island Economic Development Corporation Job Creation Guaranty Program Taxable Revenue Bond (38 Studios, LLC Project) Series 2010," more colloquially known as "that 75 million we gave to Curt Schilling."

The proposal states that "a person or entity who resolved its liability to the Rhode Island commerce corporation as it relates to the issuance by the Rhode Island economic development corporation of seventy-five million dollars ($75,000,000) in revenue bonds... in a judicially approved good faith settlement would not be liable for claims for contribution or equitable indemnity to other potential joint tortfeasors, in regard to matters addressed in such good faith settlement."

I'm not a lawyer and there are some awfully big words in there, but to my understanding it essentially means that anyone who enters into an approved settlement cannot later be held liable for any future claim. Rhode Island has used similar legislation twice previously, once in the wake of a banking crisis in the 1990s and then again following the 2003 Station Nightclub fire, in which 100 people died.

"The legislation encourages settlement," Senate Judiciary Committee Chairman Michael McCaffrey said in a statement. "It provides that those defendants entering good faith, judicially-approved settlements would not be liable for claims from co-defendants for contribution or equitable indemnity regarding matters addressed in the settlements. The finality of the litigation without fear of a contribution claim from a co-defendant provides an inducement to settle."

38 Studios was founded in 2006 by former Boston Red Sox ace Curt Schilling and moved to Rhode Island in 2010, drawn to the state by a $75 million loan guarantee. But less than two years later the studio collapsed, leaving the state on the hook for the money. The government of Rhode Island sued Schilling and other former executives in November 2012.

The proposed legislation can be read in full here.