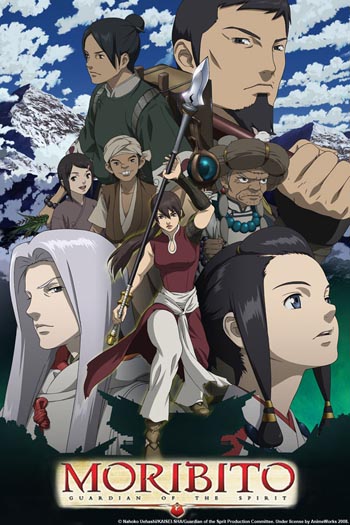 The rights to fantasy series Moribito have jumped around over the years.

Viz Media, North American anime and manga publisher, announced yesterday morning that it has acquired the license to Moribito: Guardian of the Spirit, meaning the fantasy series will be available on Blu-Ray and DVD once again. The series was first picked up by Geneon Entertainment, then moved on to Media Blasters, and now sits in the hands of Viz Media after poor North American distribution.

Moribito is based on a collection of fantasy novels by Nahoko Uehashi. Balsa is a nomadic warrior who claims responsibility for eight deaths in her past. To atone for this, she has decided to save eight lives. Balsa becomes responsible for protecting a prince possessed by a sacred spirit and whose life is in danger from his father's order to assassinate him. Balsa is reluctant at first, but her legendary spear-skills save their lives frequently.

The 26-episode anime premiered on Cartoon Network's Adult Swim programming block in August 2008 but was dropped without warning half a year later and picked up again summer 2009. Retail distribution was poor under Media Blasters, which held the rights from 2009 to 2011, but they will likely fare better under Viz Media, which has announced it will release again on Blu-Ray and DVD. The anime will also air on Neon Alley Jan. 17 at 1:30 a.m. EST every Friday.

Moribito is not the most well-known series, nor is it a recent one - its original run was in 2007. Viz Media also does not often pick up dropped licenses. Moribito keeps coming back in North America after each pitfall.