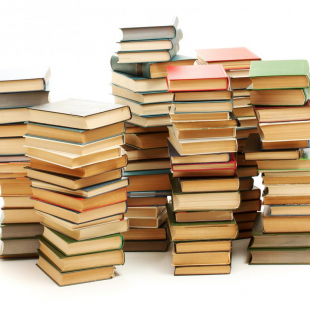 Researchers from Stony Brook University have created an algorithm that can predict successful books with 84 percent accuracy.

Writing isn't always the easiest thing to do. Granted, you can say that about most any job or activity, but sometimes the art of putting pens to paper and fingers to keys does feel like a perplexing thing to get a handle on. This is especially the case when you're talking about writing something as lengthy and complex as a novel. Knowing where to start, where to go and how to get there can be incredibly frustrating; even more so when you consider that there's no way to know if anyone will even like the finished product. Expect maybe there is.

Researchers at Stony Brook University in New York have apparently developed an algorithm that can predict whether or not a book is going to be commercially successful. Utilizing statistical stylometry, a mathematical method of looking at words and grammar, the algorithm can be used to give an accurate determination as to whether or not a book destined for the bestseller's list or the bargain bin. How accurate you ask? It gets it right 84 percent of the time.

The algorithm was developed by analyzing more than 800 books, many taken from the Project Gutenberg archive of classic literature, and then comparing them to the real world success they enjoyed. Conversely, the researchers also analyzed unsuccessful books to see if they could find a common factor that led to their failure. These included both commercial failures and critical failures which they found by looking at Amazon's low selling books and by researching critical reviews.

All of this said, you're probably wondering what key elements they determined drive a novel toward success or failure. The research found that books primed to fail had a tendency to overuse verbs and adverbs and included more language describing explicit actions. Successful books meanwhile spent more time describing thought processes and also made a habit of using conjunctions more heavily. There were, of course, other factors involved -luck, for instance- which can be found in the team's official report.

Can You Confess Your Guilty Pleasures? Elizabeth Grunewald 178 Comments

Gallery of the Day: 8 Movies You Didn't Know Were Based on Books DrStrangelove 13 Comments

Tabletop: Storium Will Change the Way You Roleplay and Write Online JonB 20 Comments
Comments on