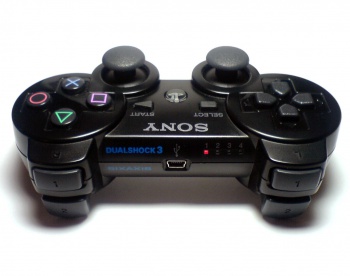 PlayStation's marketing vice president states the PlayStation's signature input device will be needed to play games on most versions of the streaming service.

Sony's PlayStation Now service, which allows games to be streamed to a variety of devices, made waves when it was announced earlier this week. However, it's now been revealed that a DualShock 3 controller will be required to play these titles on tablets, smartphones and Sony's Bravia televisions. Word on that comes directly from John Koller, the marketing vice president for PlayStation. "You need to have the DualShock to be able to play," he said.

We've sent out an email to Sony with some additional questions on the service and will update you if we hear anything back. PlayStation Now is scheduled to launch this summer.It will include titles ranging from the original PlayStation to the PS3.

Update: A Sony spokesperson has stated that the DualShock 3 can be connected to Bravia TVs via a USB cable. The spokesperson gave no additional comment on tablets and smartphone devices beyond what Sony has already announced.