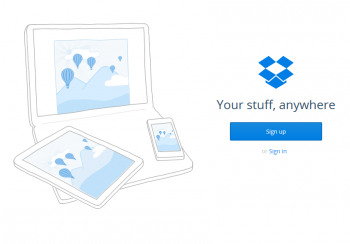 A problem with routine maintenance took the filesharer offline.

Filesharing network Dropbox is offline, for reasons unknown, and at present there is no timetable for its resurrection. Dropbox is describing it as a problem with routine maintenance, and has yet to say when the problem will be fixed. At time of writing, the service has been down for about 12 hours.

Early reports that the issue had been caused by hackers appear to have been premature. A group describing itself as AnonOpsKorea claimed that its attack on Dropbox was intended to avenge the death of Aaron Swartz, but Dropbox denies this claim, saying that the problem is internal. Swartz committed suicide after federal charges, including wire fraud and computer fraud, were levied against him in the wake of the M.I.T. hack.

Though AnonOpsKorea went on to post what it claimed was Dropbox user information, Dropbox describes this as a hoax. "This is not Dropbox data," a Dropbox spokesperson told the New York Times.

Meanwhile the forums over at Dropbox have gone toxic, as users quietly - in some cases not so quietly - freak out over lack of access. Many users rely on Dropbox as a file back-up, but many more use it to transmit large files and documents globally, and pay monthly fees for the privilege. Those people, and businesses, may lose a great deal of money through the unexpected outage; though nobody's filed a lawsuit yet, it would be surprising if someone didn't try.

Speaking as a Dropbox user, as of right now I can access the service on my home machine. That may indicate a successful fix, or it may just mean I got lucky. Dropbox has yet to confirm one way or the other.

Update: The most recent information from Dropbox suggests that this problem may be solved soon.

Dropbox_support Twitter claims that only a small number of users are still affected. This sentiment is echoed by Dropbox's tech support blog.

Mobile devices, whether Apple or Android, are still having connectivity issues, and some desktop users report syncing problems. Few users, posting on the Dropbox forum, seem willing to accept Dropbox's reassurances. This is partly due to a lack of communication from Dropbox; while its support Twitter feed has been active, its Tech blog has been infrequently updated, and neither has said anything more substantial than 'a problem arose during routine maintenance, and we are working to solve it.'

Dropbox denies that the issue was caused by hackers.

Update: This is the most recent information from Dropbox:

As of this morning at 4:10am PT, nearly all users (over 99%) can access their files on dropbox.com. The Photos tab is still turned off, but you can access your photos via the Files tab on dropbox.com or the desktop client. We're continuing to make a lot of progress restoring full service to all users, and are doing so in careful steps.

About 5% of our users are still experiencing problems syncing from the desktop client, and about 20% of users are having issues accessing Dropbox through our mobile apps. Within a few hours, we'll be rolling out a change that will further improve things for those users. We'll give an update after that.

Your files have been safe this entire time. Thanks again for your patience."

Update: Dropbox is up and running. Some users may still experience a problem with photos, but the vast majority have complete access to their files. A full explanation for the outage can be found on Dropbox's Tech blog.

"We know you rely on Dropbox to get things done, and we're very sorry for the disruption," says Dropbox's Head of Infrastructure Akhil Gupta.