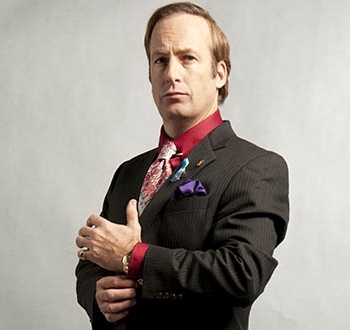 For those of you still suffering from Breaking Bad withdrawal after the show's finale on September 29, today's announcement from AMC may bring you some comfort. Better Call Saul, a prequel series to Breaking Bad, will premiere in November 2014. The one-hour series will follow Saul Goodman, the criminal lawyer who provided legal advice and shady services to Walter White, the methamphetamine-cooking former high school science teacher and star of Breaking Bad. Goodman, played by Bob Odenkirk, became a beloved character to fans of the show. Better Call Saul will explore how Goodman got into the business of providing legal counsel to the criminal underbelly of Albuquerque, New Mexico.

No announcement was made for the premiere date of The Walking Dead, but the fifth season is expected to return in mid-to-late October. AMC announced today that The Talking Dead, the post-episode talk show companion to the The Walking Dead, has been renewed for a fifth season. AMC also announced the premiere dates for two new upcoming shows. Turn, a Revolutionary War spy thriller starring Jamie Bell, will debut April 6. The 1980s computer drama Halt and Catch Fire will premiere in June.