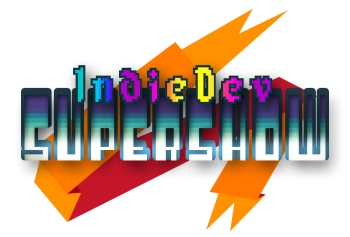 Independent games have gotten a lot of attention in the past year. No Man's Sky from independent developer Hello Games was one of the most talked about announcements from VGX. The dystopian immigration game Papers, Please made it to the final round of the 2013 Reader's Choice Game of the Year tournament bracket here on The Escapist. This weekend, the Supershow Collective marathon is celebrating indie gaming with 48 hours of Twitch streaming. The marathon will showcase over 60 independent games, and will feature developer interviews, special guests, sneak peeks and giveaways for viewers.

The marathon started at 7 pm ET on Friday, January 10. The first 24 hours of the marathon is The Indie Showcase from Greenlit Gaming. Greenlit Gaming reports on and reviews independently developed games for the PC. The Indie Showcase will feature over 40 independent games from Steam. Indie games featured in the showcase include adventure game Monster Loves You!, racing simulator iRacing, and the Kickstarter-funded sandbox game Stonehearth. The last game in the schedule is a secret, and will be revealed at 6:30 PM ET today.

Starting at 7 pm ET today, January 11, independent developer Robot Loves Kitty will take over the marathon with the Indie Dev Supershow. Robot Loves Kitty says that the goal of their segment is to "intrigue you with indie games you might not have heard of, but really should have." The schedule includes Continue?9876543210, an art game about a failed video game character, and Reus, a god game where you control powerful giants to manipulate the world. Robot Loves Kitty released the side-scrolling, procedurally generated dungeon crawler Legend of Dungeon last year.

Full schedules have been posted for both the The Indie Showcase and the IndieDev Supershow. The live streams for both Greenlit Gaming and Robot Loves Kitty are available through the Supershow Collective page on Twitch.