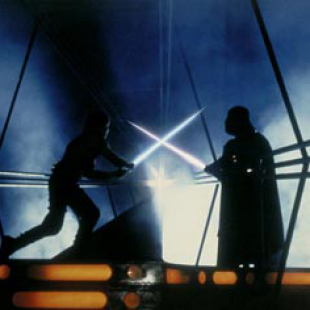 For the most part I have been pretty ecstatic about Star Wars: Episode VII. It's not that I haven't had doubts. The fact that it still hasn't started shooting, for instance, is something that has me fairly worried about the whole production. That said, most of the news about the movie has left me feeling increasingly more excited about the prospect of a new Star Wars.

Some recent reports on the films progress however, have left me a tad more concerned than I have been in the past. According to supposed insiders, the departure of screenwriter Michael Arndt was, in-part, a result of disagreements with director J.J. Abrams about where the focus of the film should lie. Arndt apparently wanted to concentrate more on the children of the original cast with the older characters serving in support roles. Abrams, conversely, wanted to center Episode VII in on the original trio of Luke, Han and Leia and use the movie as a send-off for the classic characters. In turn, the new characters would be placed on the sidelines and would take center stage more in VIII and IX. To this end, Abrams and screenwriter Lawrence Kasdan have apparently made some heavy revisions to Arndt's story, revamping and rewriting several characters and plot moments.

Now, this doesn't have to be bad news. In fact, many fans probably like the idea of Luke, Leia and Han getting a new adventure. That said, it's not 1983 and the original cast, put frankly, are resting more on the geriatric side of the scale these days. I guess it just strikes me as a bit odd to launch a new trilogy of Star Wars films by focusing in on characters who had their arcs soundly resolved 30 years ago. This is, of course, all conjecture and it's important to remember that we don't know who these anonymous sources are. Even so, it's hard not to worry knowing how badly Star Wars can go when it's handled the wrong way.