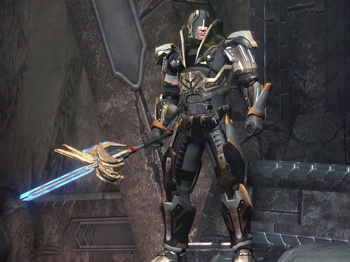 Silicon Knights, creator of Too Human and X-Men Destiny, has lost its appeal against the $9.2 million judgment awarded to Epic Games back in 2012. That judgement has been upheld in its entirety by the Court of Appeals. Silicon Knights acted in bad faith, the Court confirms, when it infringed the Unreal Engine 3 copyright, and now has to pay up.

The question now is, does Silicon Knights still exist? When last anyone heard of Silicon Knights, its CFO Mike Mays was quick to say the studio was alive. Yet its PCs - carefully wiped clean of data - and office furniture, as well as many of its staff, went to Precursor Games, the studio that tried to Kickstart Shadow of the Eternals.

When that failed, twice, Denis Dyack announced that Precursor's people would be "taking a break," and that while the forums would continue to operate the studio was on indefinite hiatus. Precursor's people "have no regrets," Dyack claimed. The most recent post on the forum, made by a moderator, suggests that the team still wants to make Shadow of the Eternals work, but at this stage it's difficult to see how.

The Silicon Knights website still exists, and there's even a functional link to the Store, with stuff for sale. Not the games, before you ask; just tees, hoodies, caps and mugs. Cafepress merch seems to be all that's left of Dyack's studio, but it'll take more than a few novelty T-shirt sales to cover Silicon Knights' bills.