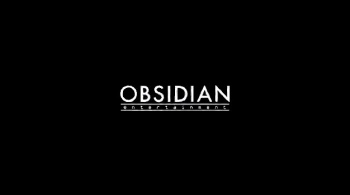 Obsidian Entertainment is looking to hire a UI artist responsible for creating a "ground breaking user-experience."

Fallout: New Vegas studio Obsidian Entertainment is now actively hiring for an upcoming next-gen game. This was revealed by a job post on the studio's site, where it lists Obsidian as looking for a "Junior/Intermediate UI Artist" to "design the user experience for a next generation game." Not only that, but the same artist will be responsible for "creating a ground breaking user-experience, which sounds fascinating.

Odds are, we won't hear about this title for quite some time since Obsidian does have a lot on their plate at the moment. By my count, the studio is finishing work on South Park: The Stick of Truth, developing fantasy RPG Pillars of Eternity, and launching a new Kickstarter campaign this year. Once you factor in this unannounced next-gen game, that means the studio will possibly be working on four games at the same time.

While every Fallout teaser has been proven to be a fake so far, could Obsidian's next-gen game be a new entry in the post-apocalyptic franchise? Don't forget, the developer has gone on record that they'd love another chance to make another chapter in the series.

Obsidian Entertainment's latest game scheduled for release is South Park: The Stick of Truth, which will be out on March 4 for the PC, Xbox 360 and PlayStation 3.