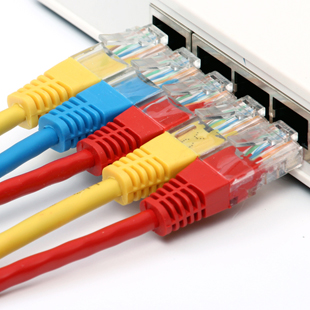 In case you haven't heard of net neutrality, it's kind of a big deal. Put in the simplest terms it means that the government and internet service providers must treat all data (i.e. websites) as being equal. For instance, if a provider were to decide that it wanted to charge you a dollar every time you visited Facebook, it would have to charge you a dollar to visit every other website too.

All of this said, net neutrality in the United States took a substantial hit today thanks to a ruling from the U.S. Appeals Court invalidating current neutrality rules previously upheld by the FCC. According to the court, "the [FCC] has chosen to classify broadband providers in a manner that exempts them from treatment as common carriers." In turn because "the Communications Act expressly prohibits the Commission from nonetheless regulating them as such" it lacks the authority to impose net neutrality rules on broadband providers.

What this ruling means is that broadband companies like Verizon and Time Warner Cable could potentially start selling special treatment to websites interested in faster loading speeds compared to their competitors. It could also give them the freedom to charge users for entry to specific, popular sites. The court ruling apparently includes a stipulation that broadband providers would need to inform customers which sites are being favored, but it could still be a hit for internet users who may now be left even more at the mercy of corporate whims. FCC chairman Tom Wheeler has said he's still "committed" to upholding previous ideals of net neutrality, but only time will tell if the previous rules will be restored.

Update: Verizon, responding to the Appeals Court ruling, has issued a statement affirming that "today's decision will not change consumers' ability to access and use the Internet as they do now." That said, the company says that the decision will "allow more room for innovation" and that "consumers [in the future] will have more choices to determine for themselves how they access and experience the Internet." The statement also claimed that "Verizon has been and remains committed to the open Internet that provides consumers with competitive choices and unblocked access to lawful websites and content when, where, and how they want. This will not change in light of the court's decision."