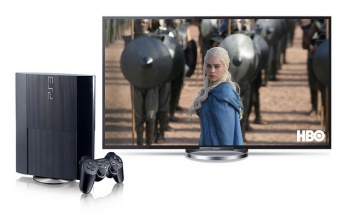 Sony has confirmed HBO GO is coming to PS3, with the PS4 version soon to follow.

At the Buzzfeed Brews event in New York, HBO CEO Richard Plepler has confirmed that the HBO GO app will be coming to PlayStation platforms, with the app first set to hit the PlayStation 3 at an unspecified date, and the PS4 version soon to follow.

HBO GO, which originally launched in January 2008, is the successor of HBO on Broadband and allows users with an HBO subscription to watch unlimited, on-demand access to HBO programming using phones and tablets. Currently, it's still unknown whether the HBO GO PlayStation app will be locked behind the PlayStation Plus pay-wall on the PS4; but given that most social/entertainment apps are free on PlayStation platforms, chances are high it won't be the same as its Xbox Live counterpart.

Speaking of HBO programming, make sure you watch the first official preview of Game of Thrones' fourth season -- provided you're already done with Season 3, that is.

As a big Game of Thrones fan, the prospect of playing a PS4 game and switching to the PS4 HBO GO app to watch the latest developments in King's Landing has me quite excited, I admit. Is this something PlayStation fans are interested in or would you rather it come to the PlayStation Vita first?