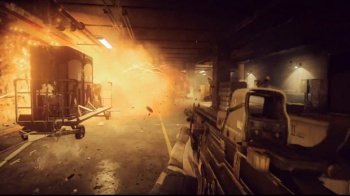 Today, DICE posted on the official Battlelog forums that minor PC server update "R20" is being rolled out within the day for Battlefield 4. Unfortunately, this "minor" update might have broken the game moreso compared to before. While DICE has yet to reveal the patch notes, some people are reporting that the latest server update is preventing them from respawning once they bite the bullet in-game. Over on Reddit, user "Epileino" has listed some of the new bugs that managed to creep its way into the R20 update.

Players unable to spawn after they died.
Not showing scores on kills & capping flags.
Player crash to desktop when this happens.

If you're one of the people affected by this bug, the warning on Battlelog states that players should update their Punkbuster files for a fix, which is corroborated by users on Reddit. PC BF4 players, is this spawn bug happening to you right now? If so, make sure to spread the word on how to fix this game-breaking bug in DICE's shooter.

In other BF4 news, the Academy of Interactive Arts and Sciences has included Battlefield 4 in its "Online Game of the Year" nominees.