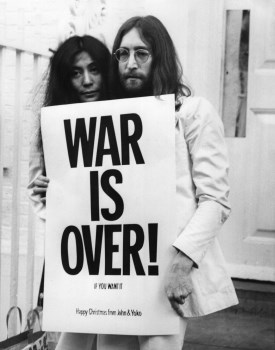 Major Nelson says both Sony and Microsoft are going to sell a ton of consoles this generation, so maybe it's time to give peace a chance.

The PlayStation 4 outsold the Xbox One overall in 2013, but the NPD announced today that the Xbox One beat out the PS4 in the U.S. over the lucrative month of December. It's the sort of "win some, lose some" outcome that inspires no end of fanboy banter on forums across the internet, and while that sort of thing can be fun as long as nobody takes it too seriously, taking it too seriously is something a lot of people tend to do.

Fortunately for us all, there is a voice of reason out there and it comes from none other than Larry Hryb, better known as Major Nelson, Microsoft's point man for all things Xbox. "Both new platforms are off to a great start. We all should be celebrating a healthy vibrant industry," he wrote on Reddit last night. "Sony has done a good job and they should be commended. The hate that infects gaming in the online space needs to go away."

Refreshing, no? Not everyone was entirely convinced of the sincerity of his comments, but it's nice to see someone in a high place taking a very rational, "room-for-everyone" approach. "Sony will sell a ton. We will sell a ton," he added. "The industry is doing well... and consumers have choice."