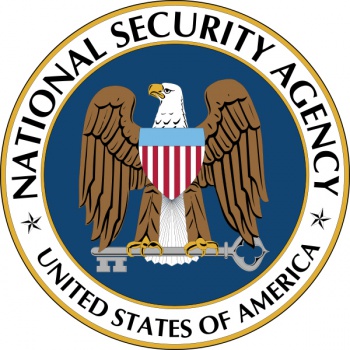 While Obama seeks to curb NSA authority, he insists that surveillance is necessary and a part of the country's history.

President Obama has announced his reforms and plans for NSA intelligence operations in a speech broadcast today. In his speech, Obama said his administration will continue to monitor other governments, and the NSA will need to obtain a court's permission before accessing phone data. That data will also be moved out of the government's hands.

Obama said the NSA program does not examine the phone records of average Americans. He announced he will restrict current NSA data collection efforts that collect information beyond an individual target.

The NSA's aggressive practices of surveillance do not abuse its authority, Obama said, and these policies are necessary to national security. Surveillance has been a part of the United States' activities since its independence from the United Kingdom, the president said. He pointed to Paul Revere as an example of surveillance that aided the country. Sustained intelligence gathering has grown out of necessity over concerns over the spread of nuclear weapons.

Obama was critical of wiretaps without warrants when he served as a US Senator, but he says surveillance is necessary in conducting foreign policy. The president, the director of the NSA, and the attorney general will annually review their policies to regularly scrutinize their work. Currently, the NSA follows all protocols and does not abuse the law, according to the president.

The NSA does not listen in to private phone calls or emails, he continued. Data on the length of calls, numbers, and the time the phone calls take place comprise the majority of telephone records.

Regarding Edward Snowden, ex-NSA contractor who leaked many details about the NSA's activities, the president said he will not "dwell on Mr. Snowden's actions or motivations."

"I will say that our nation's defense depends in part on the fidelity of those entrusted with our nation's secrets," he elaborated. "If any individual who objects to government policy can take it in their own hands to publicly disclose classified information, then we will never be able to keep our people safe, or conduct foreign policy. Moreover, the sensational way in which these disclosures have come out has often shed more heat than light, while revealing methods to our adversaries that could impact our operations in ways that we may not fully understand for years to come."

Moving forward, Obama will establish a panel of advocates outside of government. This panel will ask the attorney general and the NSA director to institute reforms. He is also willing to work with Congress on the matter. He hopes that his review will give Americans "greater confidence their rights are being protected."

"More work will be needed in the future," he concluded. "This debate will make us strong. In this time of change, the United States of America will have to lead."