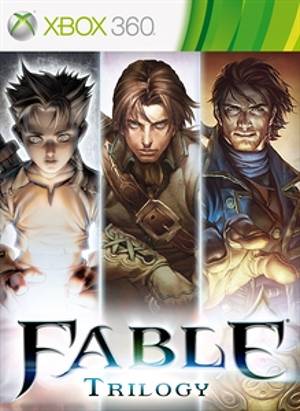 The Fable Trilogy will combine all three Fable games in a single package.

Microsoft has confirmed that the Fable Trilogy compilation people saw appear on the Xbox Live Marketplace is indeed real, and will be available to purchase on February 7. The package combines Fable, Fable II, and Fable III onto a single disk. Microsoft also confirmed that it would contain the re-mastered "Anniversary" version of the original Fable.

While no pricing information was offered, the website stated that it "offers these games together at a discounted rate over individual purchases," so we can probably assume it will set you back the standard Xbox 360 RRP. February 7th is also the same day that Fable Anniversary standalone will be made available for sale.

Way back in 2010, before Fable III was released, designer Peter Molyneux said that the "hates" the idea of a Fable trilogy. I wonder if he'd like a nice cold drink to wash down those words he is eating?

The Fable team (sans Molyneux) is currently working on Fable Legends, an Xbox One exclusive that is a spin-off from the initial Fable trilogy.