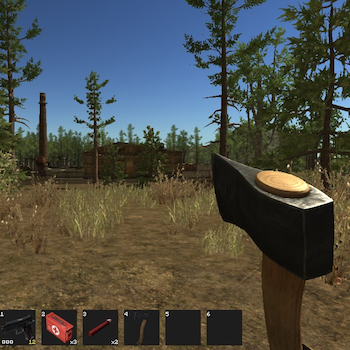 Rust has already earned more than half of what the famous Garry's Mod brought in over nine years.

Rust is pretty cool as alpha-state games go. It's still largely undeveloped and rough around the edges, but it's very playable and the completely unregulated inter-player dynamics can add up to some very intense, rewarding (and, yes, frustrating) moments. As it turns out, it's also a wildly lucrative venture for Garry Newman and Facepunch Studios, with nearly (and by now, probably over) 250,000 unit sales.

The famous Garry's Mod, a sandbox tool that lets users do all sorts of crazy things with the Source engine, has been around for a little over nine years; Rust has been around for a little over a month. Yet as long-lived and successful as Garry's Mod is, Rust is poised to blow it out of the water. "We never, ever expected anything to dwarf GMod's success," Newman told GamesIndustry International. "I did some rough maths this morning: in terms of profits, from sales and royalties, in a month Rust has made about 40 percent of what GMod has made in about nine years. We can't really believe it."

And that's not the end of it: In the week since the interview was done, that number has jumped even higher. "55% now :S," Newman tweeted earlier today.

Newman acknowledged that the Early Access release of Rust essentially asks people to pay $20 to test the game for him, but pointed out that it's more or less the same thing that triple-A studios have been doing for quite awhile now. "Plenty of them have offers where if you preorder something you can get into the beta and play it early," he said. "It's obviously further down the line than most Early Access games are, but you're paying more, too. It's not that different."