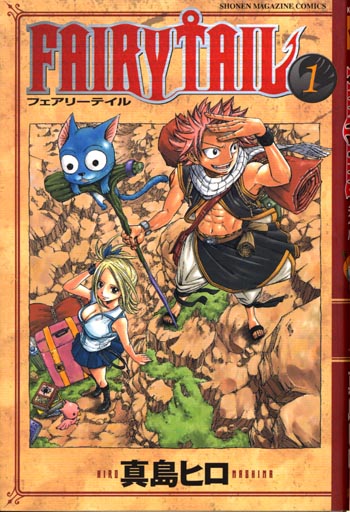 Hiro Mashima will work on Fairy Tail and a new series simultaneously.

Fairy Tail creator Hiro Mashima confirmed yesterday that he will begin working on a new series in addition to his work on fantasy series Fairy Tail. Despite worries over Fairy Tail's completion, Mashima assured fans that he has worked on multiple projects before, and this is not the end of Fairy Tail.

Fairy Tail is a long series with 41 volumes published so far and more to come. Mashima said because the series is so long, sometimes he wants to work on something new. Before Fairy Tail, he wrote and illustrated Rave Master, which concluded at 35 volumes. While working on Rave Master he created the prototype for Fairy Tail. Balancing multiple projects is something he finds normal, and he plans to work on Fairy Tail and the new series simultaneously as long as his "stamina holds up."

Mashima already had an idea for a new series, but after watching an anime with a similar concept yesterday, he has given up on his original idea and will start from scratch. The new series would be serialized in a different magazine than Kodansha's Weekly Shonen Magazine, where Fairy Tail is serialized. He is currently continuing the manga while the anime adaptation of Fairy Tail will return in April.

Fairy Tail is already longer than Rave Master, and it's unknown how much longer the series will be. Once the new manga series begins, Mashima may start slowly leading the Fairy Tail series to its end, but it's possible the new series could also be a short project Mashima works on.