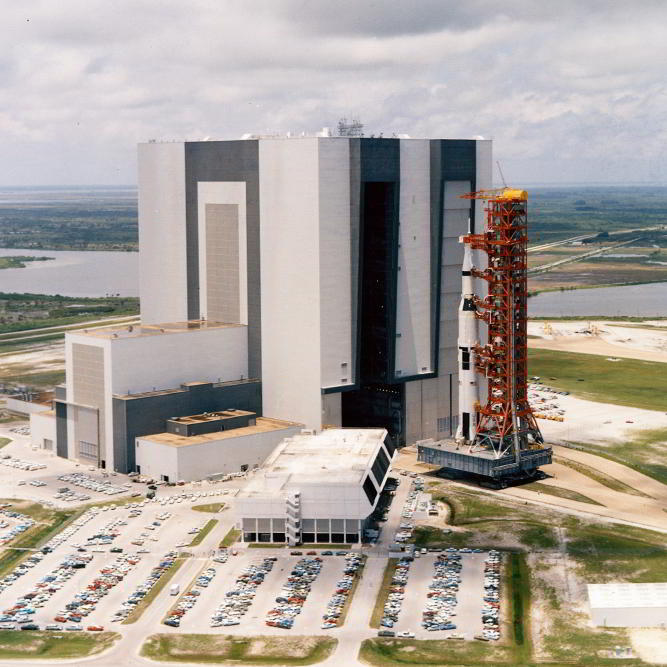 An iconic symbol of American space program will be closing its doors to visitors soon. But have no fear: The mammoth Vehicle Assembly Building will again be put to good use.

The last space shuttle was launched from the Kennedy Space Center on July 8, 2011, and after Atlantis safely came back to Earth, NASA looked for a way to continue to bring visitors to the home of the space program. It's response was to open the Vehicle Assembly Building (lovingly called the VAB in space circles) and space shuttle launch pad 39A to visitor tours.

Those tours will be coming to an end on February 11, as NASA will prepare to get the massive building ready for modifications as he space center is transformed into a multiuser Spaceport and in preparation for the Space Launch System, the expected replacement for the space shuttle program.

"We knew that the day would come when preparations for the SLS would take precedent," said Therrin Protze, chief operating officer for the visitor complex at the space center that handled the tours. "Kennedy Space Center is an operating space program facility, and preparations for the next chapter in space exploration are the utmost priority, and we are very excited about the future."

If you have never been inside the structure -- which was built in 1966 and is identified by a massive American Flag and NASA logo on its side -- it is indeed a sight to see. It is 526 feet tall, and has more than 129 million cubic feet of space. It had to be large and spacious, as it was used to assemble space vehicles for their trips into space. During the shuttle program, the shuttles were attached to their massive fuel tanks and solid rocket boosters atop a mobile platform. Once the assembly was complete, the shuttle and rocket were rolled out on the platform for the 3-4 mile trip to the launch pad at the snail's pace of 1 mile per hour.

If you will be in Brevard County, Florida, sometime before the tours end, dropping $75 to get a look inside is a rather cheap price, considering the history behind the building. I've been to the center numerous times, as my father worked for NASA at KSC for 30 years, and actually have been inside the VAB on a few occasions. Trust me when I say that it is an experience you won't forget, even if you aren't a space buff.

If you visit next week, however, it will be quite somber for the space center and the extended NASA family as Monday will commemorate the 47th anniversary of the Apollo 1 fire that killed astronauts Gus Grissom, Ed White and Roger Chaffee. The next day, January 28th, will be the 28th anniversary of the Challenger explosion 73 seconds after liftoff that killed the first teacher in space Christa McAuliffe, as well as astronauts Dick Scobee, Michael Smith, Ellison Onizuka, Judith Resnik, Ron McNair and Greg Jarvis. And then, Saturday, February 1, will mark the 11th anniversary of the loss of Shuttle Columbia as it disintegrated on reentry over Texas, killing astronauts Rick Husband, William McCool, David Brown, Kalpana Chawla, Michael Anderson, Laurel Clark, and Ilan Ramon.