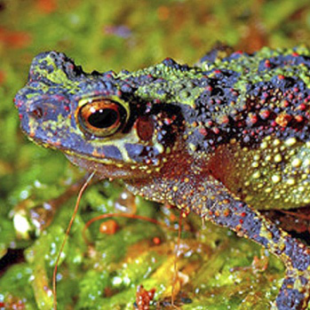 A competition hosted by BeautifulNow has picked a recording of a Malaysian Swamp as the world's most beautiful sound.

Beautiful sounds are arguably pretty subjective. For instance, back a few years ago the most beautiful sound in the world was a rapid fire double bass drum accompanied by a power metal guitar solo. These days, I might regard anything from the sound of my daughter's laughter to the popping of microwave popcorn to be audible ambrosia, depending on the moment and how hungry I am. That being the case the folks at BeautifulNow recently announced the winner of its competition to determine the world's most beautiful sound and, surprisingly, it had nothing to do heavy metal, children or food.

Rather, the website selected a two-minute recording of a Malaysian swamp as its winner. The recording, which features singing frogs and the din of what I can only imagine to be countless varieties of creepy crawlers, is, according to sound expert Julian Treasure, "like a symphony of life just expressing itself." Many of the entrants and finalists featured similar nature themes though some popular entries also included laughing babies and purring cats.

The real question, of course, is what do you guys think? Personally, while the swamps of Malaysia, to their credit, do have a nice, soothing aura to them, it's not what I would have voted for. Take a peek at the finalists and let us know which one you liked. Or, alternatively, point us in the direction of your favorite sound. Please just keep it clean; nothing you wouldn't want your mother to hear.