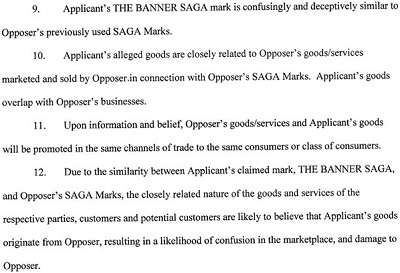 According to King, The Banner Saga is "confusingly and deceptively similar" to Candy Crush Saga.

You may recall some recent reports about King, the company behind the popular puzzle game Candy Crush Saga suing the developers of the app Candy Casino Slots for infringement based on the latter's use of the word "candy" in its title. "We believe this App name was a calculated attempt to use other companies' IP to enhance its own games, through means such as search rankings," said the company in a statement.

At the time, King only discussed plans to pursue legal action against supposed IP infringers in the iOS App Store. That said, it's recently been discovered that the company has, in fact, taken a much broader approach to protecting its software. Most notably, back in December 2013 King apparently filed an opposition motion to block Stoic Studios from trademarking its strategy RPG The Banner Saga. This was done on the grounds that name was "confusingly and deceptively similar" to Candy Crush Saga. Feel free to take a moment to digest that thought.

In the least, King apparently hasn't tried to extract any damages from Stoic and only attempted to block its trademark application. Even so, this has to rank up there as one of the zaniest legal actions we've ever seen come out of the game industry. I mean, The Banner Saga and Candy Crush Saga could literally not be more different if they tried. One is a tactical role-playing Viking epic and the other is a puzzle game about candy. The mind can't help but to be boggled by this.