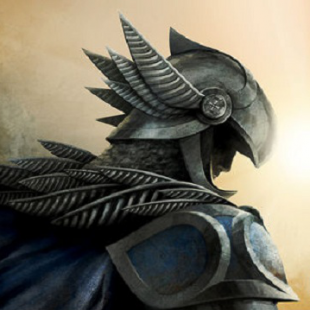 It's been more than a week now since Playdek and Yasumi Matsuno's tactical RPG Unsung Story launched its Kickstarter and, so far, things have been going well with nearly $400,000 contributed by gamers hoping to bring the title, currently being developer for a Mobile release, to PC and other platforms. Hoping to inspire further contributions, Playdek has revealed that it will be making changes to its stretch goals including a PS4 version and lower funding requirements for Vita and 3DS editions.

The changes come as a result of feedback from contributors and aim to "move your priorities such as platform preferences and additional creative talents to the front of our list." In addition to lowering the cost of some tiers, Playdek will also be combining and adding others. For instance, the addition of Final Fantasy Tactics composer Hitoshi Sakimoto has been combined with the Vita version stretch goal where previously it had held a tier of its own. A new game plus goal, among others, has also beend added.

All in all, the changes Playdek has made seem like wise ones that will hopefully help to push Unsung Story's funds to the greater heights needed to unlock some of the better stretch goals. I, for one, would much prefer a Vita and 3DS release of Unsung Story to the PC and Mac version its base line $600,000 goal will cover. These lowered stretch goals, in turn, make me really hopeful that the game's funding will rise high enough to see such versions become a reality. For a full rundown of the updated stretch goals, visit the game's Kickstarter page.