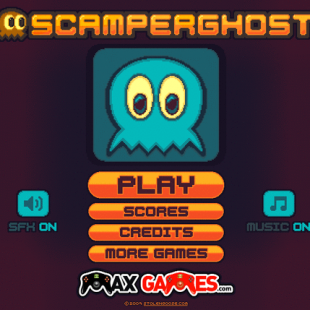 According to Stolen Goose's Matthew Cox, King commissioned a clone of its game Scamperghost after licensing negotiations fell through.

King, the company behind the game Candy Crush Saga have recently been at the center of a lot of outrage and scrutiny thanks to its recent trademarking of "candy" and its dogged pursuit of developers sporting the gall to include the word in their game's titles. As if is this wasn't enough, it's recently been revealed that King has also been pursuing legal action to interfere with the Stoic Studios use of the word "saga" in the title of its tactical RPG The Banner Saga. King has since stated this has all been to defend its gaming properties from being copied or exploited by competing companies.

According to developer Matthew Cox however, King may be guilty of some cloning of its own. According to Cox, his studio, Stolen Goose, was working a game a few years ago by the name of Scamperghost. King expressed an interest in licensing the game and entered into negotiations with Stolen Goose. These dealings came to a close when one of King's competitor's, Max Games, offered Stolen Goose a better deal which the studio took. According to Cox, King "retaliated against us" by making "a direct clone of our game" that it then tried to rush to market before Scamperghost's release.

Cox and company were eventually contacted by the developers of said clone, titled Pac-Avoid, who confirmed that King had requested that they "clone the game very quickly" to beat Stolen Goose to the punch. While Cox freely admits that Scamperghost was never "the most original game in the world" and was "obviously inspired by Pac-Man, in his opinion King crossed a definite line. "[They] showed no respect for other people's intellectual property when they made a direct, blatant clone of Scamperghost. Now they've trademarked "Candy" and are using their massive legal power against other small competing developers. A bit of a double-standard, eh?"