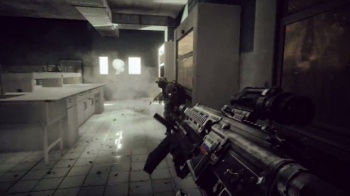 DICE has taken to its blog to ask players for feedback in regards to upcoming in-game tweaks for Battlefield 4.

Developer DICE has now taken to the official Battlefield Blog to ask fans what in-game tweaks they should concentrate on next. In a post titled "Tell DICE: What We Should Balance Next?," the studio states they have a wide range of tweaks planned to further balance the core gameplay of BF4 in upcoming patches, but that it needs help identifying these steps and have asked fans to vote on the upcoming changes.

First up, DICE is asking if it should tweak the air defense of the Attack Boat. Possible improvements include an Anti-Aircraft ability for the Burst Cannon, adding an MMA style 20MM Cannon, additional types of secondary missiles with Anti-Aircraft intentions. Next, the studio is asking whether the Engineer's FGM-148 damage against tanks should be increased from 25& to 34% or leave it the way it is. The rest of the three other fixes concern the Stealth Jets' Cannon and whether it should be given a nerf, Fast Attach Craft Cannon tweaks and a buff for the Canister Shell for the IFV and MBT.

You can read up on the planned changes, vote on what you prefer and check the results of what fans voted on so far by going to the Battlefield Blog. Whatever changes DICE makes, let's hope it doesn't break anything as crucial as in-game spawns like it did in its last server update.

What do you want changed in Battlefield 4 or should DICE fix the game's stability first before tweaking anything in-game?