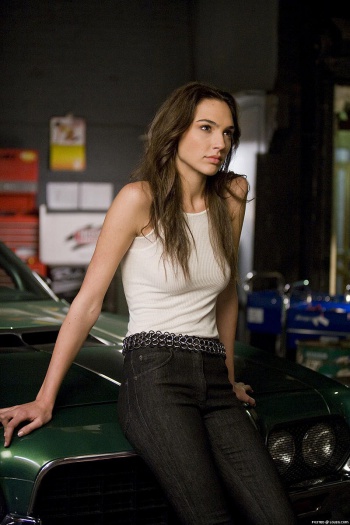 Gal Gadot has signed a three-picture deal with WB that will have her star in her own Wonder Woman flick.

In December last year, it was revealed that Fast and Furious Israeli actress Gal Gadot will play Wonder Woman in the upcoming Man of Steel sequel tentatively titled Batman vs. Superman. Well, regardless if you think the actress is a good fit to be the Amazonian princess or not, you'd better get used to it fast, as the actress has signed a three-picture deal with Warner Bros. to play as the iconic heroine.

According to a report by Variety, Gadot's three-picture deal will have the actress portray Princess Diana of Themyscira in a Justice League movie, a standalone Wonder Woman film and, of course, in Batman vs. Superman. Also of note, Israeli entertainment show "Good Evening with Gai Pines" revealed that Gadot will earn $300,000 per film.

Want more Wonder Woman reading? Go give The Escapist's piece on what we don't know about the heroine in the upcoming Batman vs. Superman film a read. Speaking of the Superman sequel, Warner Bros. pushed its release date from July 2015 to May 2016, which will pit it against a as-of-yet untitled Marvel film.

Are you on-board Warner's decision with Gadot as Wonder Woman and Affleck as Batman? Who else do you see the studio snapping up to play the rest of the Justice League members?