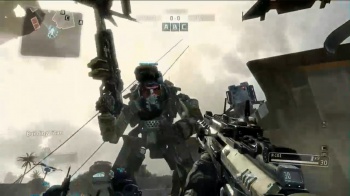 Respawn confirms Titanfall won't have micro-transactions, and there's still no news on a Season Pass.

no microtransactions. I don't have any news on a season pass

Of course, this doesn't mean there won't be micro-transactions released ever, just that there's nothing planned now. Honestly, what's surprising to me is that Respawn nor EA has announced a Season Pass for Titanfall, since the business model fits right in with multiplayer shooters. Unless map packs and DLC aren't in the cards, which is highly unlikely.

In other Titanfall news, Respawn claims criticisms regarding the shooter's 6 vs. 6 match limitations are based on assumptions. Earlier in the week, we also found out how load-outs for both Pilots and Titans work, too.

Do you think Titanfall won't have micro-transactions or EA just hasn't implemented it yet?