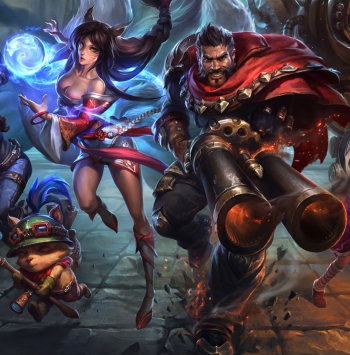 Riot is offering some great prizes to League of Legends fans who submit a comic to the contest.

The contest has some strict rules to follow. All of the comics must be inspired by League of Legends and must include one of the new trinket items. Words are not required, but Riot recommends using English if you do. Raunchy jokes can disqualify your comic, and Riot says the jokes must be appropriate for their youngest players (ages 12-13). Riot has provided templates that must be used, and all submissions must be JPEGs. You can draw your comic digitally or by hand and scan it in to the template, but comics made with photos or in-game screenshots won't be accepted. Riot has also put limits on the size (maximum 10 MB) and resolution of the submissions. Riot includes a sample comic in the contest announcement that follows all the rules.